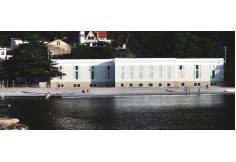 
The objective of the course is to present the smartphone as an interesting and practical tool for creating visual stories. Classes will focus on the skills and the knowledge necessary for developing a visual storytelling in documentaries and feature films - using only a smartphone as the main tool during the entire creative process. The course promotes the experimentation and study of a mix of different activities that involve the making of a film: creative writing, production, filming techniques, editing, sound design, FX and motion graphics and digital distribution.

The course is practical and has the support of reference content that will be presented throughout the classes. All the concepts will be explored with a hands on approach: the students will be invited to explore the surrounds of IED Rio to catch stock shots, capture sounds and shot their flicks.
Themes:
1. Understanding the Smartphone
2. Mind Map: organizing stories’ ideas, screenplay and storyboard
3. Pre-production, shooting and lighting, content analysis, editing
4. Titling and Motion Graphics
5. Sound design (score and voice)
6. Online distribution
Student’s Profile:
The course recognizes and welcomes anyone who is interested in making films with a smartphone. Art and Communication students and people from different backgrounds who want to learn new skills so as to develop visual storytelling techniques and to create HD films with no resource other than their mobile devices. It is important that students are in the possession of a smartphone with Android or iOS.
Outcome:
Beyond the most common skills in storytelling and narrative craft, both in documentar and drama, the students will:

» Get in touch with free apps to build storyboards, screenplays, editing & sound design, titling and motion graphics.
» Exercise the best paretics in filming and sound recording.
» Discover how to find the best management on the smartphone for the recorded material.
» Understand filming accessories for smartphones like: gimbal, tripods, slider, LED lights, wireless microphones, lenses and pico projectors.